Like onions, fennel is a spice I used to want nothing to do with. Unlike 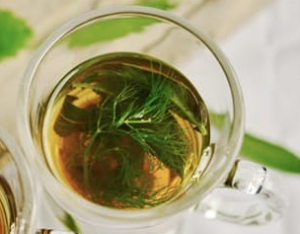 onions, though, it took me almost half my life to reap the benefits of fennel. The flavor just wasn’t favorable to me and I wanted nothing to do with it. Luckily, my dad had other plans in mind.

The first time I paid any attention to the term “high cholesterol” was when my dad was told he had it. I asked him what he was going to do about it and he calmly replied, “nothing.”

More than 10 years later, my dad has taken no medication for high cholesterol and he’s doing very well. All he did was change his diet a little (and I do mean very little).

My father LOVES pizza. As we go on this food empowerment journey together, you’ll likely learn how much I like 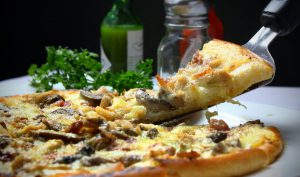 pizza. My dad takes it to another level. I can’t remember a week I’ve spent at home where pizza wasn’t involved at least twice. Add to that his love for things like Blue Crabs with melted butter, cheesy eggs for breakfast, and fried pork chops, and well, you can see why he was diagnosed with high cholesterol. He couldn’t blame the foods, though.

As I’ve said before, there is no such thing as bad food or good food. There is simply food. However, we should do all things in moderation. A glass of wine or a beer a day can actually be good for you. A bottle of wine or 12 beers a day on the other hand can cause some serious problems. Food is no different.

But my dad wasn’t going to do anything about his cholesterol issue.

This was a huge issue for me. High cholesterol can lead to things like heart attack, stroke, Type 2 Diabetes, and hypertension (high blood pressure). I didn’t want to lose my dad to something that could have been avoided, mainly through diet. No, I didn’t want our house to turn into lettuce city. However, I did want my dad to stick around for a while.

Then I noticed a shift in his eating habits.

Nope, my dad didn’t start chowing down on salads and only drinking water. He did, however, opt for oatmeal most mornings, as opposed to his usual [insert type of pork here] sandwich with cheese and a bowl of cereal. He also started incorporating fennel into his diet, mostly through his consumption of tomato-based sauces on things like spaghetti and you guessed it, pizza.

I’m sure my dad didn’t exactly mean to incorporate fennel into his diet. What he was actually doing was attempting to opt for a healthier pizza. Instead of going to the pizza chains around town he frequented, he started going to the locally owned restaurants. This was super convenient for me, as I like their pizza way more.

It was then that I realized, there were some versions of fennel I do enjoy. I like fennel seed and powder made from fennel seed. I just didn’t know it.

I was used to my father ordering pizza with c 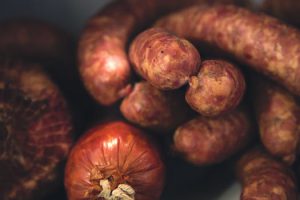 rumbled Italian sausage on it. I liked that. I just didn’t realize the little seeds in it were fennel seeds. These were mild, sweet, and not overpowering, like the chunks and strings of fennel I was used to in my grandmother’s homemade sausage. That was a version of fennel I firmly disliked (sorry Nanny).

Now, I’m not saying you can cure high cholesterol by eating whatever you want and ignoring your doctor.

But I strongly believe my dad’s switch to sauces that contained herbs and spices, like fennel, instead of just salt, sugar, and tomatoes, helped him with his cholesterol issues.

Fennel is naturally high in fiber and nutrients (potassium, folate, and Vitamins C and B-6) that support heart health.  The fiber alone, helps to lower cholesterol in the blood, while the other nutrients help to lower blood pressure and reduce the build-up of damaging compounds to blood vessels. The flavor isn’t too bad either.

As an adult, I’ve learned to play around with fennel in the kitchen. I’m still not the biggest fan of raw, fresh fennel. When paired with fresh orange and onion, though, I like it much more. Still, using fennel seed in my homemade sauces is my favorite and I now know that by adding it, I am preventing a host of health issues, such as high blood pressure and cancer, while boosting my immune system and increasing my metabolism.

How have you used fennel to combat diseases like high cholesterol? How do you incorporate it into your diet to do so?

Fennel can be used to treat:

Fennel can be used to prevent: