Housekeeping is a never ending chore. Inevitably, as soon as your home is spotless, someone creates a dish, smudges a window, or spills a drink. Re-cleaning something I just cleaned typically doesn’t make me upset, except when it comes to the bathroom. 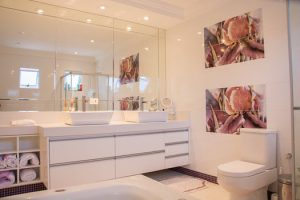 I absolutely HATE cleaning the bathroom. It doesn’t matter if it’s just the sink or the entire thing. I firmly dislike it all. In fact, I go to great lengths to ensure the bathroom stays as clean as possible, to reduce the amount of time I have to spend deep cleaning it.

I made an agreement with my fiance when we moved into our apartment: I would do most of the cleaning in exchange for never having to touch the bathrooms. This worked! I kept the kitchen, living-room, and bedrooms clean 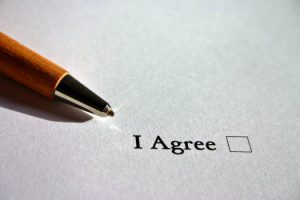 and never even had to think about the bathrooms.

Then my fiance started grad school.

There went my perfect, bathroom-cleaning-free life. It wasn’t that my fiance wasn’t trying, time just didn’t permit it. For the first month (yes, I said month; please don’t judge me), I revolted. I refused to clean it; I wanted nothing to do with cleaning it; and I didn’t clean it.

It was disgusting and I hated using a dirty bathroom, more than cleaning the bathroom. After a long pep talk with myself, I managed to clean our bathroom. Afterwards, I figured if we cleaned up after ourselves well every time we used the bathroom for any purpose, perhaps I’d never have to clean it again. 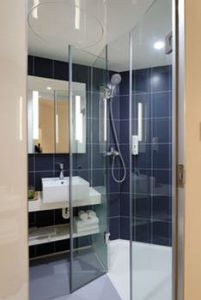 While I’m pretty impressed with how clean we did keeping our bathroom clean, deep cleaning was inevitable, thanks to the shower. I simply don’t understand how so much shower and soap scum builds up. Shouldn’t the dirt and grime wash away with the rest of the debris during your shower?

Thus, I had to continually clean our bathroom, and unfortunately scrub our shower.

Suddenly, I understood why my fiance was constantly investing in new commercial cleaners. Cleaning the shower was a chore and nothing kept it clean! I put up with this for a while, knowing no matter what, I would still have to scrub our shower every time I cleaned it. Then I decided to try something new. I was going to make my own shower cleaner. 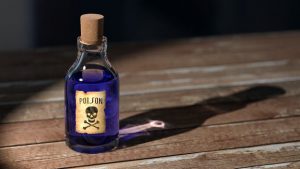 ners are extremely dangerous. In fact, 10% of all calls to poison control, are due to exposure or ingestion of commercial cleaners. Over half of these reports are for children under six years old. Commercial cleaners can cause ongoing health issues, like asthma to worsen. They can even increase the likelihood of you developing diseases like cancer. Knowing this, I attempted to stay away from commercial cleaners. However, I had no idea how our shower would get clean without them. Thus, I never tried a homemade shower cleaner for our dreaded chore.

At this point, though, I was desperate. 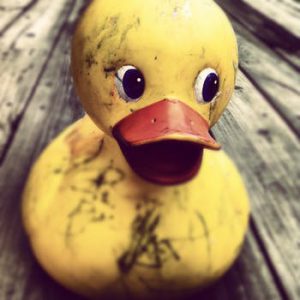 Our shower was dirty when we moved in. At first we thought it was from the previous tenants. After scrubbing, spraying, and leaving bleach standing in the tub, we realized it was dirt that was there to stay. Since even bleach wouldn’t clean our shower, I highly doubted a homemade shower cleaner would.

I tried it anyway.

In a spray bottle, I combined equal parts of white vinegar and water. I added about 10 drops of dish soap and shook the mixture. In theory, the vinegar would act as a disinfectant, while also cutting through the soap scum in our shower. The water would dilute the solution. The dish soap would allow the solution to sit on the walls and dissolve the shower scum, instead of simply sliding down, quickly.

For the first time ever, our shower actually felt and looked clean. What was even better, I didn’t have to scrub it. I sprayed my homemade shower cleaner on, left it for 10 minutes, and the grime rinsed off when I was done. I was relieved! About a week later I was once again amazed.

I honestly can’t say I know why this cleaner allowed the soap scum and shower grit to slide down the drain daily. I simply know I am glad it did.

Do you have any tips on cleaning showers with vinegar? Have you created a homemade shower cleaner of your own? Please share below.

Fill the spray bottle halfway with the white vinegar. Add the dish soap. Finish filling the bottle with water and shake until combined. Use as you would any commercial shower cleaner. Be sure to label your bottle.