I grew up thinking there was only one type of tea. This was fine with me at the 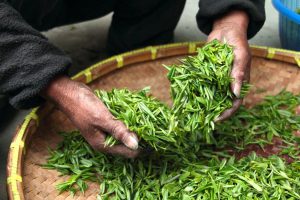 time because it was so versatile. As I grew, I learned there were several types of tea and several uses for each of them. Some of them could even help me on my journey to becoming food empowered.

Black Tea will always hold a special place in my heart. Though it is the least of what I drink now, Black Tea is my favorite. It is what I grew up with. I loved it as a kid because it could brewed and served hot to help relieve symptoms of illness, or brewed and served cold to cool down on a hot day. Black Tea could be sweetened, served with milk, and even infused with fresh or dried fruits. I thought I had no reason to learn about any other type of tea because Black Tea offered so much. 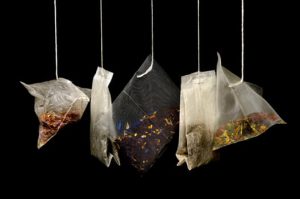 As I entered my food journey, I sought out healthier drink options. It wasn’t often I drank sodas, and I was never a big fan of juices. However, even the most health conscious among us tire of drinking only water. At the time, I typically resulted to drinking sweetened Black Tea or milk when I wanted something other than water to quench my thirst. I wanted to find something with fewer calories that tasted good, hydrated me, and had no artificial sweeteners. The hunt was on!

I started off trying unsweetened Black Tea. I’ll be honest, I wasn’t excited about it. The only experience I’d had previously, was mistakenly drinking unsweetened cold Black Tea at my great grandmother’s house. It wasn’t a good one. I went in with a positive mindset, hoping this experience would be different.

The tea almost tasted dry and like I’d just consumed the leaves themselves. 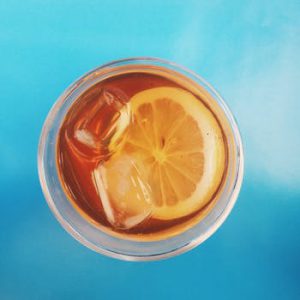 For a while, I just added Splenda instead. I wasn’t happy about this, but at least it was a step in the right direction. Then I tried unsweetened hot Black Tea.

This was a game changer.

To my surprise, I loved unsweetened hot Black Tea. It was significantly better than the cold version; and it allowed me to discover the true flavors of Black Tea. I began drinking this regularly until I built up a tolerance for unsweetened cold Black Tea.

Unsweetened cold Black Tea still isn’t my favorite, but in a pinch I can handle it. The best thing about it, though, is that it opened doors to me trying out and learning about other teas.

Did you know Jasmine Tea is actually Green Tea? I didn’t. 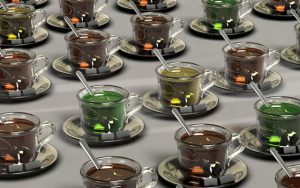 When I was young, my father and I would visit a local Chinese restaurant that served the best tea. They had a full menu of it and my dad always ordered the Jasmine or Oolong Tea. It was brewed using loose leaves and served in a ceramic pot. This is what I now equate my tea experiences to. Then, I just thought it was fancy Black Tea. Technically I wasn’t wrong.

There is only one type of tea: Camellia sinensis. It is a leaf that comes from a small shrub and is dried various ways to produce several types of teas. We know these as:

Each of these has its own benefits. During my food journey, I learned that though these five teas all come from the same plant, they each have different tastes and uses. 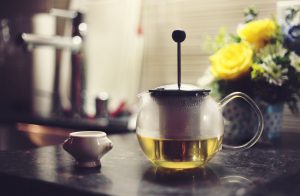 Also known as Silver Needle or White Peony tea, is the least processed or oxidized version of tea. As such, it imparts a very delicate and light flavor. It comes plucking the tea leaves and making them available for brewing early. Some say White Tea has less caffeine because of this, and it is simply untrue. As I mentioned earlier, it still comes from the same plant as all the other teas. Unless the tea has been decaffeinated, it will always have the same amount of caffeine within it.

I’ve found White Tea to be my favorite to enjoy cold and unsweetened. Its lightness allows me to taste some of the notes of Black Tea that I like, without being too harsh on my palate. It is also my favorite to enjoy infused with fresh or dried fruits like peach and orange. The light taste pairs well with the fruits, allowing both the tea and the fruit to be enjoyed equally.

I typically enjoy most of my teas loose leaf.

In recent years, Green Tea has gotten a lot of attention for weight loss. The 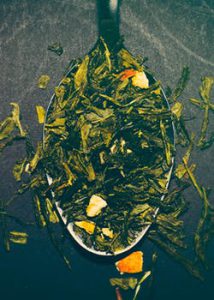 main reason for this is because the caffeine in it increases the metabolism. This isn’t any different from any other kind of tea, or anything else that contains caffeine for that matter. What Green Tea does include that other caffeine-wielding foods and drinks do not, is it’s ability to fight and prevent breast, prostate, and colorectal cancer, while lowering your risk of Alzheimer’s and Parkinson’s Disease. This is true of several variations of Green Tea, such as Gunpowder, Kukicha Twig, Young Hyson, Jasmine Tea, and blends including Green Tea.

Green Tea will forever hold a special place in my heart, thanks to me and my dad’s trips to the local Chinese restaurant. Though my stomach doesn’t seem to handle regular Green Tea well, I do still enjoy Jasmine on occasion. 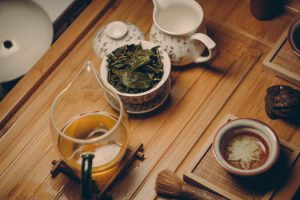 Despite popular belief, Oolong or Wu long Tea is not really a type of tea all on its own. It is a range of teas that can have oxidation (processing that imparts browning and the production of flavor in tea leaves) levels similar to green or black tea. Often, though, the oxidation lies somewhere in the middle of the two.

Oolong teas are some of my favorites to drink in-between winter and spring. The flavor is not so bold as black tea that it makes me feel like wrapping up and staying in, but not so light that I feel like jumping in the pool. I like them just the way they’re brewed: hot, with nothing in them and sipped slowly.

I’m not always a stickler for loose teas, over tea bags. However, Oolong is complex enough that I invest in and brew it loose, as a rule. This allows the full flavor to unfurl.

Like Green Tea, there are several varieties of Black Tea. So many in fact I don’t 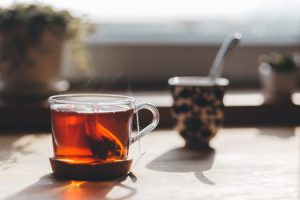 think I could list them all here! It is the tea category I have enjoyed exploring the most on my food journey because of this.

Where a tea is grown, when it is was picked, and by whom all affect the flavor of Black Tea. Add to that its ability to be enjoyed sweetened, with dried fruits, or with essential oils and you have a tea genre that could keep you busy for the rest of your life with its fully oxidized leaves. Even so, I always find myself coming back to one in particular.

Call me typical, but my absolute favorite brand of Black Tea is Lipton. Nope, it’s not because of the flavor, as my favorite brand for taste is Twinings. Rather it’s the memories associated with Lipton.

My mom lived by Lipton. Growing up, we weren’t exactly what you’d call a well-off family. Generic brands were more than our friends, they were staples. Nonetheless, there were a couple things that my mom made sure she bought name brand. They were Le SUEUR Peas and Lipton Tea. Over the years, I’ve tried many a brand of Black Tea, sometimes greatly enjoying them. However, when I am sick, down, or just want a soothing cup of hot Black Tea, Lipton is my go-to. 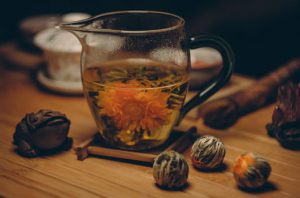 Pu-erh Teas are very similar to both Green and Black Tea in taste. I suppose you could say it’s similar to Oolong in that way. The difference is Pu-erh Tea has a funkiness you’re not likely to find in other teas because it is fermented.

There are several types of teas that can and are fermented. Pu-erh tea, however, is so named because of its origin from a town in the Yunnan Province of China. Here, the most highly sought after Pu-erh Teas include a light dusting of mold. They are also often pressed into various shapes and aged for upwards of 30 years.

Given Pu-erh’s background, I wasn’t exactly excited to try it. Sure, I know there’s plenty of foods we eat that are fermented, such as yogurt and wine. there’ something about consuming it hot and knowing there’s mold though that makes me a little weary. Perhaps it’s my allergies. Nonetheless, I have tried Pu-erh. To my surprise, I thoroughly enjoyed it. It is now one of my absolute favorites overall and requires no sweeteners. Exactly what I was looking for in a tea.

What’s your favorite type of tea? Has it helped you on your journey to becoming #foodempowered? Share below.